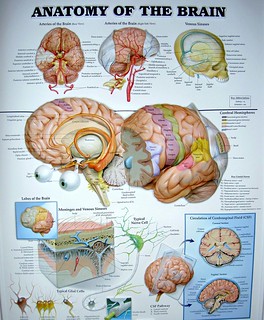 As a professor, it’s probably not surprising that I like to learn. Even though I’ve completed a few degrees, I still try to make time to learn new things — daily. In fact, I’ve even shared these learning experiences. There was the Harvard University’s course on Justice with Professor Michael Sandel (I also went through one of his books chapter by chapter), there was my series on cognitive biases, there was MRUniversity’s course in economics, and before all of that, there was Crash Course.

There are more crash courses than what I’ve just shared, but those are just a few to give you a taste. Anyway, the reason I’m writing today’s post is because I just learned that Hank is doing a crash course in anatomy and physiology.

More specifically, ‘anatomy is the study of the structure and relationships between body parts and physiology is the science of how those parts come together to function.’ Hank calls it, “The Science of Us.”

I’m not going into this expecting to remember every minute detail, but I am expecting that I will have a better understanding of how some of the parts of the body come together to function to make me, me! As an example, I was speaking with a massage therapist the other day and she told me that massage therapists often have to translate what their clients tell them. For instance, a client will often come in complaining that they want to work on their shoulder, while reaching for the area immediately adjacent to their neck. As it turns out, our shoulder is actually far closer to the place where our arm connects to our body. The place that this person was pointing to was, in fact, their neck.