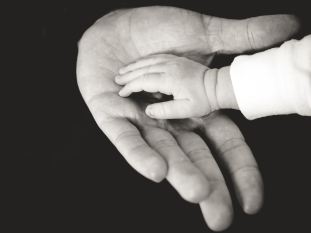 What’s the common denominator in all these circumstances? Trust. More specifically, mutual trust. Both parties trust each other. Now, you might be asking yourself – why?

Why is it that when I walk down the street that I trust cars to stay in the road? Why is it that when cars are driving on the road, they trust pedestrians to stay on the sidewalk? Well, you could argue that the trust is there because the rules (i.e. law) stipulate that that must be what happens, but that doesn’t explain the whole picture, nor does it explain most of the picture. The reason that pedestrians and cars alike trust each other is because there’s a body of evidence that suggests they should trust each other.

There’ve been numerous occasions for each where they’ve walked/driven down the road and the other has walked/driven down the road. After years and years of repetition, after years and years of reinforcement that this is how we do things, cars and pedestrians have grown to trust each other that each will continue to abide by the norms of sidewalks and roads.

So, what happens when there isn’t trust between the parties? What happens if the pedestrians and the cars didn’t trust each other to continue doing what they’ve always done? Well, there’s going to be elevated levels of stress for both the cars and the pedestrians. The people walking down the street will constantly be looking over their shoulder or gazing out into the road and wondering whether that car will swerve up onto the sidewalk. The cars driving down the road will wonder as they approach a pedestrian whether or not that pedestrian will lurch out into the road.

That doesn’t sound like a state of being in which anyone would want to exist.

Trust is foundational to this interaction. Trust is foundational to a lot of interactions. And when it comes to the workplace, trust is *it.* It is the be-all, end-all. If you want your people to do something, they need to trust you and you need to trust them. Nobody wants to work for someone they don’t trust and who could blame them. They’d never know when that “car” is going to swerve and hit them on the sidewalk.

I can respect that you might not be fully convinced – heck, I really backed into that change management tie-in, eh?

Well, here’s a better example. Life and death. Literally. Remember the Ebola outbreak from a few years ago? There was some excellent reporting on this and in fact, quite a wild story as to how the ‘world’ was able to get a handle on what was happening in West Africa. If you have the time, I highly encourage taking the time to listen to or read the story.

The key piece I wanted to highlight from the story is that there were people from the CDC (i.e. government) who were dealing with an emerging situation. A situation that could easily cost the lives of hundreds or thousands (!) of people. They were racing against time and against the norms/mores of the cultures of West Africa. There were people who were predisposed to mistrust anyone from outside their village, much less people from any sort of “government” agency. In order for the CDC to get to do what it needed to do, it had to gain trust extremely quickly. The one problem is “gaining trust” and “quickly” are usually antithetical. You usually aren’t able to gain trust quickly, but the CDC had no choice. This was life and death. In the end, the folks from the government saw a window into doing this (I won’t spoil it for you, as it’s worth it to listen or read it).

The point here is that trust is foundational. If you are trying to move people (and what is change management if it isn’t moving people?), you must – must, must, must – gain their trust – FIRST. If you haven’t done that, then anything you try and do will be twice as hard and take twice as long. Do yourself – and your people – a favour: first, earn trust.