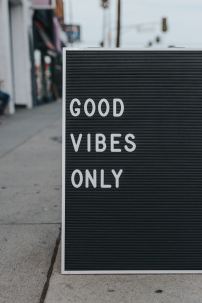 The other day I was feeling particularly spry. There was a jump in my step and I went about my day with great jubilance. You could argue for any number of things that contributed to this feeling, but in reflecting back on it, I’d argue strongly that there was a direct link to my being recognized. Recognized you say? Yes, recognized.

It sounds so simple when I lay it out like that, but I know it won’t surprise any of you when I saw that following through on recognition is a lot harder than it seems. Reviewing the proverbial ‘tape’ shows that, according to public servants, there’s still a lot left to be desired when it comes to recognition for a job well done (since 2011, 2 out of every 5 public servants feel like they don’t receive meaningful recognition for a job well done).

So – what can we do to fix this (aside from the obvious, i.e. recognize them!)?

Well, it turns out that recognition isn’t as simple as all that. There’s more to it than simply “going through the motions.” I expect you probably already knew that, so let’s get right to it.

Frequency. How often do you think recognition should happen? Daily? Weekly? Monthly? Yearly? How about… bi-weekly! It might sound trite, but you might find it useful to keep a ‘scorecard’ of recognition (say, within an Excel file?), so that you can be sure that you’re making the proverbial rounds.

Organizational values. So, if you’re praising folks bi-weekly, what are you praising them for, exactly? Well, one school of thought would have the praise be directly tied into the organization’s values (i.e. culture). This is the perfect way to perpetuate the behaviours within the organization that one wants to see.

Matching. This is one of my pet peeves. Many years ago when I was a resident assistant, it was common for my resident director to hand out ‘recognition’ in the form of gift cards to a local restaurant – no matter what it was that we were doing in our jobs. We might have prevented one of our residents from committing dying by suicide or we could have made sure all of our residents had passed their “clean room check” – we still got that gift card. Ironically, this recognition sometimes had the opposite effect – it was demotivating. If you’re doling out recognition, make sure the recognition matches what’s being recognized.

Personalize. Maybe more importantly than matching is ensuring that recognition is personalized to the individual. Meaning, maybe some folks would eat up the gift cards for the local eatery (pun intended!). Maybe other folks just want to have a simple “thank you.” Other folks might thrive on being lauded for their achievements in a public setting. The point is that it’s incumbent upon you to figure out what it is your employees want when it comes to recognition, so that when it comes time to recognize them, you do so in a way that encourages them to continue doing things worthy of recognition.

EDIT: Big thank you to @Darlene.Marion for catching the language slip up re: “dying by suicide.”