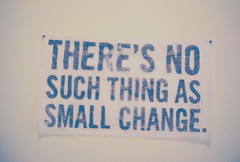 In 2008, the “neighbourhood coffee shop” closed its doors across the US at precisely 5:30p for three hours to retrain its employees on everything from the sound the milk should make when it’s being heated to the particulars of the colour of espresso shots. Fast-forward ten years and the “neighbourhood coffee shop” is at it again, but for much different reasons this time. While there is lots to be said about what happened earlier this year that motivated Starbucks to take action (and what should/could happen next), I’m more interested in the approach employed by Starbucks of closing its doors, in an effort to get all of its employees to ‘swim in the same direction.’

While we, as public servants, don’t measure value in the same way as a publicly traded corporation like Starbucks, the question still remains: is there a takeaway in there for the Public Service?

Every year, each of us attend all-staffs at varying levels – branch, directorate, division, etc. Depending upon the size of the department/agency, some may even be lucky (?) enough to attend an event for which the intended purpose is to gather the entire department/agency. [Side note: can you imagine trying to get all the folks who work at the CRA, DND, or ESDC, each with greater than 20,000 employees across Canada, in the same place at the same time? I don’t advise attempting to calculate the cost of those meetings via @Sean.Boots‘ meeting cost calculator.] These all-staff meetings are supposed to (emphasis on supposed to) bring the various parts of the organization together to realign and refocus itself on a shared purpose. Sometimes it works and sometimes it doesn’t work.

I wonder… if you suspend your disbelief for a moment, can you imagine what it would be like if the Public Service were to “close its doors” for a few hours from coast-to-coast-to-coast in a similar fashion to what Starbucks has done (and is about to do again)? What if the Public Service were, proverbially, “shutdown” for two or three hours in the afternoon (Eastern Time, to accommodate the west coast folks, too!)? What would it be like to be part of something so clearly bigger than ourselves? What do you think the message of the Clerk might be to shift the culture within the Public Service? Would that message filter on down through the DM’s (etc.) and have an impact on the way you operate on a day-to-day basis? Maybe more importantly, can you imagine a world where this serves as enough of a jolt to arrest the machinery from moving forward in a way that continues to leave 35% (!) of public servants wondering what the vision, mission, or goals of its department/agency are… annually since 2011!?

PS: For those with a keen eye, yes, the title of this post was meant to be an ode to the McDonald’s ad from the 1990’s – “have you had your break today?”