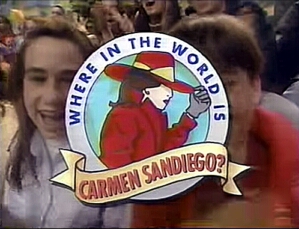 One of the first few posts I wrote when I first started writing was a collection of the different places I could be found on the internet. That post was more than five (!) years ago. The other day, I happened to come across that post almost by accident and actually, even though I wrote two ‘updates’ to that post, it turns out that I wrote a second post almost a year and a half after that. In looking at those posts, I thought it might be fun to write an update to the series.

Even though I’ve already written an updated post to the first post, I thought I’d still look back on some of the places I used to frequent in that very first post five years ago.

As it happens, there really isn’t much more to my YouTube profile than links back to other places you can find me. I do have some things on YouTube, but that’s only if you’re a student in one of my classes (and have access to the lectures I’ve uploaded).

Similarly, I used to do a lot of writing for Squidoo. It’s been so long since I’d visited any of the things I’d written for that site that it’s not even called Squidoo (!) anymore — HubPages acquired them.

I also let my BodyTalk certification lapse, as my career went in a different direction.

Lastly, I highlighted two Toronto sports blogs that I used to be an active member of: Bluebird Banter and Pension Plan Puppets. If I check-in on my comment history for both those sites, it won’t even let me discern when I last made a post (as it’s been that long).

If I look at the second post I wrote (in late 2012), the only carryover from the first post (of places I’m no longer that active) is the two commenting services: IntenseDebate and Disqus.

Now, let’s look at some of the places that I still frequent (in one way or another).

In the second post, I added two other places: Facebook and Quora. At the time, I used to be a frequent contributor to Facebook. Like Twitter, I liked to share articles that I thought people would find useful. I also liked to share pictures I found on the Internet that were either beautiful or provided a different perspective. Somewhere along the way,

Facebook changed its algorithms and the people who “liked/followed” your page were no longer receiving all your updates. As a result, I stopped actively contributing in that environment. However, whenever I publish a new post, a link to that post is automatically uploaded to Facebook.

As for the second place — Quora — at the time, I did spend some time trying to build a presence on Quora. I wrote more than 60 answers, but it looks like I haven’t written anything for Quora in almost 3 years. I didn’t realize this until writing this post, but it looks like there are a number of answers that I’ve written for Quora that have more views than some of the things that I’ve written for this website.

So, in the last 3+ years, how have my internet frequenting habits changed? Well, the best place to find me is still here on this site. Twitter and LinkedIn are also places that I continue to update. Two new places: Business2Community and Research Blogging. Business 2 Community is one of the top business blogs and Research Blogging is a community and collection of posts written about academic research.