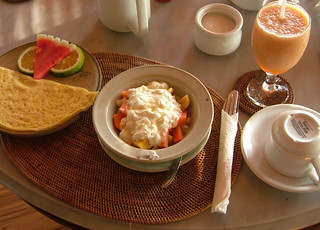 There was some research published within the last year that you might be particularly interested in, should you be in the middle of or about to go on a diet (or you’re interested in your health in general):

This article provides an integrative review of the mechanisms by which sleep problems contribute to unhealthy food intake. Biological, cognitive, emotional, and behavioral mechanisms all underlie this relationship.

When I first came across this headline — the less you sleep, the more you eat — immediately, I was interested. After reading the source article (which I quoted from above), I’m heartened by the possibilities for progress in this area.

Naturally, the food we eat has an effect on how we sleep, but the insight that the fewer hours of sleep we get having an effect on how much we eat, is really important. While anecdotal, I’ve experienced this phenomenon firsthand. If I find myself up past my “bedtime,” I almost always am hungry. And because it’s late at night, my executive function is impaired. Put differently, my ability to make good choices might be compromised. In this case, a good choice would be to not eat a bag of chips or a tub of ice cream (or anything sugary, for that matter). A good choice might even be to reach for a handful of nuts or maybe an apple.

The thing that I wanted to mention in conjunction with this research is my suspicion that there’s a cumulative effect. If you stay up late and then pig out on snacks too close to bedtime, invariably, you’ll probably be waking up with less sleep than you need. As a result, your executive functioning (willpower, decision-making, etc.), will be impaired for the duration of the day. By the time you get to the end of the day, you may find yourself more tired than usual such that when it gets to the time when you’d rather go to bed, you might prefer to “reward” yourself or (decompress) by eating some sweets and staying up late… and then it all starts over again the next day. Once you’re out of balance, Newton’s laws have a way of keeping you there.

This reminds me of something I shared a few years ago about Aikido:

One of the exercises we would often do to practice this sense of blending involved our partner (or partners as it was usually in groups of three or more!) to approach us as if they were attacking us. It was our job to then move out of the way, whilst staying centered. The tempo of this exercise usually started out really slow (intentionally). Though, as time passed, our partners would then speed up. You can imagine how it might be challenging to stay centered in this kind of an activity.

During these times of practice, I remember having a bit of an epiphany.

This idea of eating “after hours” seems to be a mirror image of the off-balance I experienced during the Aikido exercise. So, if you find yourself on the cusp of a diet, I suggest you consider setting (and keeping!) a strict bedtime for yourself. If you’re curious about how to start this new habit, I strongly suggest Duhigg’s book: The Power of Habit.