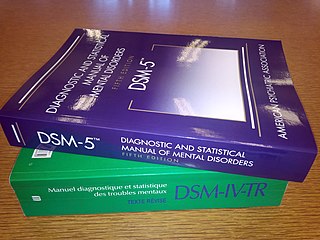 In another life (or a different timeline, if you prefer) I didn’t change paths and continued on to become a clinical psychologist. In that life (or timeline), I, and many other psychologists are using something totally different than the DSM and the psychologists in this timeline are jealous. Confused?

Recent research published sought to see if the attitudes of psychologists, with regard to the DSM, have changed at all. It turns out, they haven’t:

The results are no different from what was found three decades ago, namely, that a significant number of psychologists are unhappy with the DSM, but almost all of them use it.

So, why do we continue to update the DSM instead of scrapping it and making something better? Well, that’s probably a can of worms for a different post, but it seems telling that in 30 years that psychologists still aren’t happy with what is supposed to be a very important source book for the profession. More than that, as 30 years have spanned, it’s fair to say that even the next generation of psychologists aren’t warming to the DSM.

In reading this study, the most troubling sentence comes from near the end of the article [Emphasis Added]:

They appreciate its help in making diagnoses and supplying reimbursable diagnostic codes, but continue to have scientific, professional, economic, and ethical concerns about it.

It seems to me that a profession whose bedrock is based in morality and ethics should be motivated to rectify this concern. If they were to change things, what would they change it to? [Emphasis Added]

Even though they may not see the categories in the DSM as merely problems in living, psychologists are interested in alternatives not rooted in the medical model common to the DSM and ICD. Psychologists might be prepared to further develop and use psychologically focused diagnostic alternatives if conditions encouraging them to do so were in place.

That sounds congruent. I remember my time in as a doctoral candidate and many of my colleagues at the time were far more interested in modes of analysis that didn’t subscribe to medical models. There are a number of reasons for this, but for this kind of a wholesale change to occur, I think there needs to be a push from the APA. I suspect that other psychologists would agree with that, but there’s also the possibility that there’s some sort of grassroots “uprising” that starts with individual psychologists. The one hitch with that possibility that I see is that many psychologists work on their own. That is, instead of working alongside their colleagues, they have their own office space and work by themselves. I think if psychologists had something resembling a “union” like there are in some other professions, it would be far easier for them to organize and create the kind of change they’re looking for.

To be clear, I’m not advocating for or suggesting that psychologists should form something like a union, I’m merely saying that if there were this kind of infrastructure in place, I believe it might be easier for there to be a change to the way psychologists diagnose.