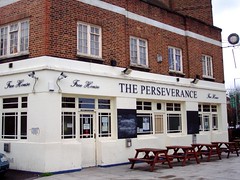 In thinking about these findings, the thing I most wonder about is when we draw out perseverance to an unhealthy form. That is, of course, it’s great when employees are driven and they persevere, but what happens when they “go over the edge” in their pursuits? I suspect that as we get employees who persevere to these great lengths, it should no longer be thought of as a character strength. And similarly, the negative correlation with counterproductive work behaviours might not hold. In fact, I’d expect that we’d then see a positive correlation with counterproductive work behaviours. Meaning, when the perseverance becomes pathological, I’d expect the employee to exhibit some counterproductive work behaviours. Of course, this is all speculation, so it’d be interesting to see someone test for this in future iterations of this research.