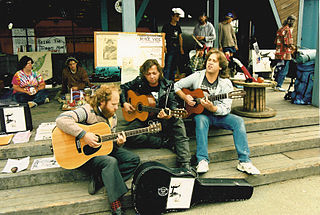 There was a really interesting study published earlier this year that had live music in a medical waiting room. The aim of the study was to learn more about the staff’s perceptions of this live music, but as you might expect, the live music had an effect on patients, too:

One of the unanticipated results of the music program was that patients often play the piano in the clinic waiting room. This code emerged frequently in the transcriptions and seemed to enhance staff abilities to initiate non-medical discussions with patients, potentially increasing rapport, trust, and therapeutic alliance.

That second sentence seems important. Allowing the patients to play the piano, it made for a more natural way for a staff member to initiate a conversation with them. I found the next sentence of particular interest:

Another unanticipated result of the music program was that patients often remained in the clinic after their appointments to enjoy the live music.

If someone asked you the probability that you’d voluntarily remain at the doctor’s office after your appointment, I bet almost 100% of people would say that there’s a 100% chance that they’re leaving ASAP.

In thinking about this study, the one thing that I find *possibly* concerning is the novelty of the situation. That is, yes, having live music in the doctor’s office would be a new (and enjoyable) experience for many, but I wonder if patients (or staff) would habituate to there being a live musician in the waiting room. And as a result of this habituation, would the positive benefits ‘wear off?’ I suppose given how infrequently we go to the doctor’s office in a calendar year, instead of habituating to the experience, maybe it’s something we look forward to doing. Can you imagine your teenager saying to you, “Yes, I hurt my arm, we get to go to the doctor’s office!”

OK, that probably wouldn’t happen, but I really like this idea of having live musicians in the waiting room. The marriage between live music and waiting rooms seems obvious, especially given the healing qualities of live music. This could also be a great opportunity for younger musicians who have a hard time cracking the lineup at some venues. Instead of playing on street corners or in the subway, they could share their music within the medical community.