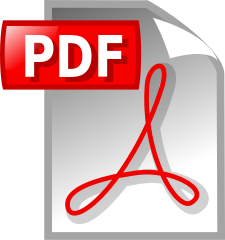 I like to think of myself as relatively computer literate. When I was in elementary school, I taught myself how to use HTML and created/designed my own website. I don’t know if I’ve linked to it on here, but it’s still functioning. Of course, I don’t remember the login or password for it, so there’s no way for me to edit it, but it’s really odd to remember back to where (and when) I was during the creation of it.

Since my GeoCities days, the internet has changed quite a bit. I’ve created a few websites (mostly with WordPress, either through the free version or through the version you need to download), but I wouldn’t — by any stretch of the imagination — say that this is a strength of mine. My skills here are basic, (but when compared to the average person, one might say that they’re a bit beyond basic).

As a tangent, this reminds me of something during my time as an psychology undergraduate. During the “capstone” course for that major, I remember the professor telling us that the department had majors take a test at the beginning and end of the program. They found something interesting: when students took the test at the end of the program, students were reporting that they knew less about psychology than when they started the degree. That is, one of the questions on the ‘pre-test’ was rate your level of understanding of psychology on a Likert scale (one to ten) and that same test appeared on the ‘post-test.’ The department was finding that the average score on the post-test for that question was lower than the average score on the pre-test. Why, you might ask?

I’m definitely part of the 10% of people who know about things like this, but I’m sure there are a whole host of things that computers and the internet can do that are unknown to me. On that note, I recently learned of something that my Mac can do that I had no idea it could do — convert to PDF.

All this time, I had been using various websites to do this for me, but as it turns out, a simple process and my Mac will do it for me. Who knew! I wonder what else my Mac can do.