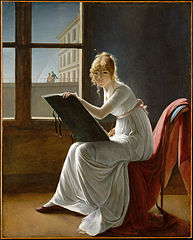 I’ve tried to write about this article on a few occasions and had to stop because I simply felt terrible with the implications of the research. In short, as the headline of this post suggests, when women read words that are objectifying, they’re more likely to seek cosmetic surgery. I’ve written about the importance of words and how they can have an effect on us in the past, but this is one of the first times I’ve written about it with such awful implications. Here’s a bit more from the researchers:

You might consider this finding to be intuitive, but it’s really important when research like this is published and we can say with more conviction that the words we use can have a catastrophic effect on some people. In particular, impressionable young women. I should clarify that I don’t mean for that to come across as paternalistic. The study focused on women (and didn’t include look at whether this effect holds in men, too).

While the headline from the article is mostly “Bad News Bears,” there’s still a ray of hope to be found [Emphasis Added]:

In addition, we found that body shame was significantly lower among women primed with the non-self-objectifying physicality words compared to the neutral words. This finding suggests that exposure to text that emphasizes body functionality and competence without a focus on observable physical attributes may be protective against selfobjectification and body shame.

As the researchers suggested, this should be subjected to further investigation. Regardless, these findings are very important for all of us who write for consumption in any form, but probably more so for folks who write for consumption by young women. Before I end this post, I wanted to include a few more passages from the article that I think are important, with some commentary [Emphasis Added]:

Our research has a number of implications for practitioners. First, knowledge of this link between self-objectification (stemming from a sexually objectifying environment) and intentions to have cosmetic surgery should be useful to practitioners who work with girls and women. In particular, it is necessary to move beyond the understanding that sexual objectification makes women feel bad per se to identify the potentially harmful actions against themselves that women might take in response to such encounters.

For those who are in any kind of counselling profession or role, this seems very important. Understanding the actions that a client/patient may take as a result of their state can be key to offering the right kind of counsel.

Second, community members who wish to advocate for girls and women—including activists, educators, counselors, and policymakers—must raise awareness of the harms of self-objectification more consistently, including the pressure to undergo risky elective surgery.

Raise awareness. That’s why, despite my difficulty in trying to complete this post, I persevered. Persevere is probably too strong of a word, but I felt it important to write this, so that when you read this, you may consider changing your behaviour and hopefully, educate those around you in the hopes that they may change their behaviour, too.

Third, more emphasis should be placed on expanding the self and identity of girls and women to provide other domains in which they can glean social rewards and secure esteem beyond a sexualized appearance.

Please, please, please, rent/buy Miss Representation and tell your friends about it. It’s one of the most succinct (and recent) documentaries exploring the issues with how women are portrayed in the media.

Fourth, it is necessary to provide girls and women with specific actions that can be taken in the face of sexual objectification that do not require modification of one’s body in order to arm them with a greater sense of control over these largely uncontrolled and uncontrollable situations.

This goes back to that first point about those in the helping professions — it’s so important that one is able to offer a different avenue of action for one who is seeking out something like cosmetic surgery as a result of self-objectification.

Fifth, to the extent that self-objectification might be a risk factor for repeated surgery and low satisfaction with surgical outcomes, engagement with cosmetic surgery professionals to at least think about the implications of these patterns is worthwhile.

Almost as a “last resort” kind of thing, as the researchers suggested, it would be important for folk who work in cosmetic surgery offices to have knowledge of this issue of self-objectification (through the words they’ve read). While it may not be “good for business,” I would hope that for folks who work in this industry, counselling their potential clients on research like this would come first. I should clarify that I don’t mean to imply that anyone working in the cosmetic surgery industry is simply in it for the money, it’s as noble as any other medical field (consider those who work in plastic surgery, which is the umbrella that cosmetic surgery falls under, that seek to help burn victims).

Finally, it is critical that practitioners take up the challenge of changing the system of sexual objectification that perpetuates self-objectification and the concomitant consequences in the first place (Calogero & Tylka, in press). In light of the potential risks of undergoing any surgery and anesthesia, the pursuit of elective cosmetic surgery may represent another harmful micro-level consequence of selfobjectification for women, which will require our attention on many fronts.