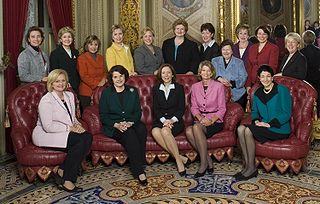 If I’m being honest, when I first read the title of this journal article “A partisan gap in the supply of female potential candidates in the United States,” I didn’t think twice. Pew often publishes surveys/research that seemed to indicate that the gap between the Democratic Party and the Republican Party, with regard to women candidates, was very unequal. As a result, I didn’t expect to be surprised when reading the journal article. However, there was one section that I think is especially important [Emphasis Added]:

Previous studies demonstrating single digit gender gaps in US party identification have not been able to explain the much larger gap when it comes to US elected officials. But representatives do not emerge from the public at large: they are disproportionately individuals with high education, high occupational prestige, and clear partisan preferences.

The researchers are implying that the people who run for office aren’t usually representative of the population at large (something we already knew). The important part here, though, is that they used this assumption to extrapolate to future Congress’s [Emphasis Added]:

Meaning, amongst those people who are more likely to seek political office, there is a larger gender gap than there is amongst the general population. Taking this one step further [Emphasis Added]:

Given the current associations between gender, partisanship, and other attributes among the public, the data suggest that future generational replacement may exacerbate the already significant gap in women’s descriptive representation between the parties, potentially reshaping the behavior of each party’s elected officials, the quality of representation available to diverse members of the public, and opinions of the public toward the Republican and Democratic parties.

Translation: if things continue as they are, the gender gap between Democrats and Republicans is likely to get worse — much worse — and it’s already pretty bad.

Given how things can shift from year-to-year (or session-to-session), it’s hard to too confident in categorically saying that the Democrats will continue to have more women in their ranks than the Republicans. However, the data certainly seem to point to things not getting better.

While my views tend to lean to the liberal side of the spectrum, I’d still like to see more women represented in the Republican party. They are one of the two dominant (only? viable?) parties in the US and if there’s only one party that’s represented by women, that won’t necessarily lead to the best decisions for women or for Americans (and by extension, citizens of the world in general).