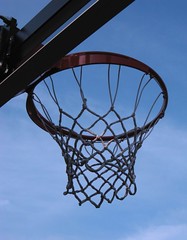 It’s important to note that the time span for this research that found this effect was in the 90s. That is, this effect with regard to day games in the NBA only accounts for the time span in the 90s (1991 to 2002, to be exact). When the researchers conducted a similar study for the years between 2002 and 2013, they found no significant effect for either the day or night games. The researchers suggested that by the decade of the 2000s, teams had been better at preparing for day games (when travelling west).

In thinking about this research, I wonder about this effect for other sports. The researchers mentioned the work conducted on the NFL and how West Coast teams benefit when travelling east for games, but what about baseball?

MLB is different from two of the major pro sports (NBA and NHL), as it’s leagues (or conferences, if you prefer) aren’t split up between the West and the East. That is, in the NBA, there’s the Western Conference and the Eastern Conference. Similarly, in the NHL, they have a Western Conference and and Eastern Conference. In baseball (much like football), the two “conferences” are split up, but not necessarily on geographic lines. While there are divisions that are split up regionally within the conference, it’s very common for NFL teams to have to travel across the US to play another team on a semi-regular basis. And in MLB, travel from the East Coast to the West Coast (or vice versa) happens regularly.