If you’ve been following me for any length of time, you’ll know that one of topics that I write about the most is cognitive biases. So, when I came across an article on the Harvard Business Review that neatly wrapped up some of the more common biases in business decisions, I just had to comment on it. 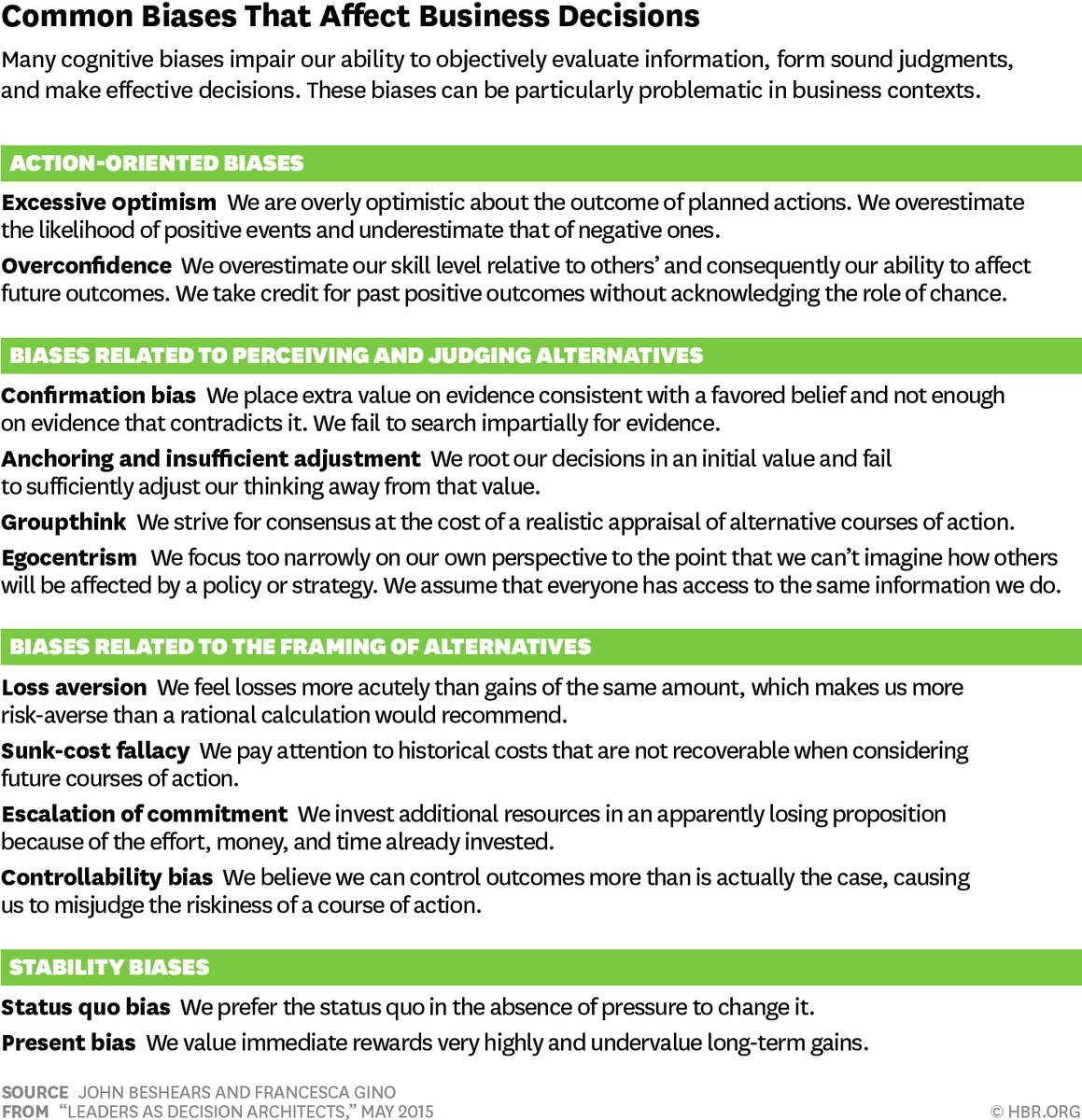 I agree with just about everything in this table (?), but I’m surprised about one thing: the endowment effect. That is, I’m surprised it’s not listed in the table. Specifically, listed under ‘stability biases’ as this is where it would fit. To refresh your memory:

In short, it means that people want more money for something than they’d be willing to pay for it. Put differently: we overvalue that which we own. You could think of a simple example of this through the course of a negotiation. When negotiation with someone, we’ll probably overvalue what we bring to the table. Someone may offer you $50 for your 25-year old keyboard (piano), but you think it’s worth at least $75. Barring any outside appraisal, the endowment effect is likely at play here.

Given the number of deal-making that takes place on a regular basis, I’m surprised that we didn’t see this as part of the table. It seems to me that in business, when money is often the thing that’s held in the highest regard (for better or for worse), you’d want to have people with the decision-making power understand that they may be overvaluing what’s theirs.

Upon further reflection, I can understand why one may not see it as a “common” bias because in today’s society, (at least in Western cultures), the common transaction is cash for stuff and not stuff for stuff (barter). If bartering were more the name of the game, then I would certainly want to see the endowment effect on that list. Either way, though, it’s certainly worth remembering that we tend to overvalue the stuff we have.