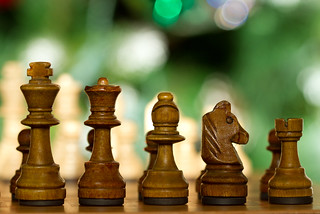 If you read last year’s “best of” post, you’ll notice that there’s some overlap with this year’s “best of” post. However, some of the posts that didn’t overlap surprised me. Similar to last year, at first, I’m inclined to do a best of 2014 and a best of all-time, but after looking at the statistics, the best of 2014 and the best of all-time are pretty close, so it won’t be all that interesting to do separate posts. As a result, I decided to just do the one post of the best posts of 2014. I also considered picking a bunch of articles and calling them “underrated” because they hadn’t garnered the views that some of the other posts had. I might still do that, but not in the next few weeks.

Before revealing the top 6 posts along with an excerpt, there is one thing to keep in mind. On this site, I specifically chose a theme where folks wouldn’t have to click a link to view the whole post (only to share or comment because those links are on the post’s page). As a result, the statistics for the most popular posts are sure to be skewed because people may have read a certain post more than another, but without them clicking the link for the post, there’s no way (that I know of) for me to know. On top of that, the theme I’ve chosen here allows the viewer to scroll (all the way to the first post!) What does that mean? When you’re on the homepage, you can continue to scroll down and more posts will load… all the way ’til you get to the first post. And in looking at the statistics of the top posts, it’s clear that “scrolling down” is far and away the most popular “post” on this site (this was true last year and the year before and will probably be true for as long as the site’s theme remains the same). With that in mind, here they are with an excerpt for each:

After some more derivations of “Rules of Jeopardy,” I was beginning to think that maybe the rules aren’t online. I thought that maybe the contestants were handed a paper copy that they signed before going on the show and that document wasn’t online. Having never been a contestant on Jeopardy (though I’d like to be some time!) I couldn’t confirm whether this was true. However, given that it’s a game show, I’m sure they signed something before going on the show. Regardless, I didn’t have access to that document.

The other day I happened to be eating lunch and staring off out the window. While that may not seem important, it is. Most of the time, I like to be reading or doing something, while I’m eating. I completely understand that it’s probably better to not do this, but I often can’t help myself. Anyway, as I was sitting and justeating, an idea came to me. (Don’t you find that ideas come to you when you’re not thinking about them?) The idea, as the title of this post suggests, a web series from one of The Big Bang Theory’s main cast members: Sheldon Cooper.

When it was first announced that the US was going to work on high-speed rail in the US over the next 6 years, I was very excited! Growing up in the Greater Toronto Area (GTA), I am very familiar with the value of public transportation. I often rode a bus to and from school. As I matured and wanted to explore downtown with my friends, we’d ride the GO Bus (or train) to get there from the suburban area we lived. Beyond that, when I needed to make trips between Detroit and Toronto, I would ride the VIA train between Toronto and Windsor instead of taking the 45 minute flight. Public transportation is a great way, in my opinion, to feel better about reducing one’s carbon footprint.

In the first post in this series, I chewed on the material from chapter 1 of Professor Michael Sandel‘s book, What Money Can’t Buy. The first chapter was all about jumping the line (or budding, as I remember it from my elementary school days). In Chapter 2, the theme was incentives.

In The End, Everything Will Be OK – If It’s Not OK, It’s Not Yet The End

It’s no secret that I like quotes. Since converting my Facebook profile to a Facebook page, I’ve gotten into the habit of sharing a “quote of the day.” If my calculations are correct, I’ve been sharing quotes of the day for over 80 days now. As you’ll notice that I also have a quotes category, I’ve shared a number of quotes here on this site, too. And if I think back to the days of AIM (AOL Instant Manager), I often had quotes as my “away” message. And even before then, I remember really liking quotes in high school and in elementary (or grade) school. So, like I said, it’s no secret that I like quotes.

It’s been a couple of weeks since I last finished a chapter in Michael Sandel’s book, What Money Can’t Buy. I recently completed chapter 3 a couple of nights ago and there were some intriguing things to think about. Let’s get right to it!