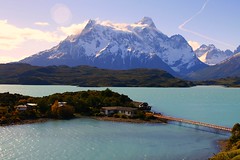 DeRobertis enumerates the ways in which, “numerous contemporary transformations in the field are directly attributable to humanistic currents of thought within psychology.” Among those ways:

Towards the end of the article, DeRobertis pointed out that “the second postulate of humanistic psychology, the fact that human beings have their being in a context, has seen the most widespread application across academic areas.” While I’d love to see the four other postulates have widespread application in addition to the above-mentioned postulate, it’s great that the one about context is proliferating in influence. Context is so important — I’ve written about it before, even in the context of psychological research.